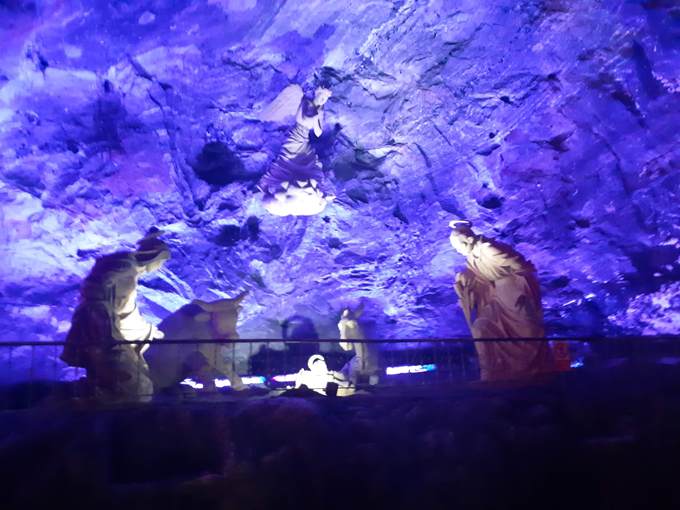 The Salt Cathedral of Zipaquirá (Spanish: Catedral de Sal de Zipaquirá) is an underground Roman Catholic church built within the tunnels of a salt mine 200 metres (220 yd) underground in a halite mountain near the city of Zipaquirá, in Cundinamarca, Colombia. It is a tourist destination and place of pilgrimage in the country.[2] The temple at the bottom has three sections, representing the birth, life, and death of Jesus. The icons, ornaments and architectural details are hand carved in the halite rock. Some marble sculptures are included.

The Salt Cathedral is considered one of the most notable achievements of Colombian architecture,[3] being described as a “Jewel of Modern Architecture”.[4] The cathedral represents a valuable cultural, environmental and religious patrimony for the Colombian people.[5]

The cathedral is a functioning church that receives as many as 3,000 visitors on Sundays, but it has no bishop and therefore no official status as a cathedral in Catholicism.

Our services include but are not limited to.....